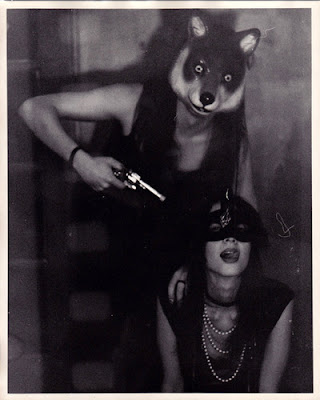 "How can one possibly pay attention to a book with no pictures in it?"

I started out with the Marseilles deck. It was tough. The lack of pictorial clues meant I was lost without the book for a long time. I couldn't pick my way through a thing in the minor Arcana because it was just four clubs, two coins, no context. Moving on from there to the yellow brick road of the Mythic deck which is soaked in Greek mythology and rich illustrations was the turning point for me. I knew that Tarot was something I could sink my teeth into and not just play at.

Many Tarot readers have stated that they get a lot from chucking away the instruction manual. Yes, it turns out the book is not always the essential reference tool and that learning 78 meanings off by heart doesn't necessarily make for the most profound of readings. But we can only rely on our own imagination and connection with the deck if the pictures are fantastic. The colour needs to be rich, the events taking place need to be well explained through props, location, poses and expressions, and there needs to be plenty of symbolism on offer - that's what makes a meal of it.

I personally enjoy the fact that the standard cards we all know and love do have universal meanings. Death is pretty much always going to be about reinvention and new life, The Moon is always going to approach the subjects of intuition, conflicting influences, tidal emotions and dreams.. I think it's best to start off by being book smart because it makes a mockery of the tradition of the cards to assign naive meanings straight off. Many querents go to different readers throughout their lives and become invested in the process of having their cards read which means they know roughly what the Death card (for example) signifies and will feel unable to trust a reader who's clearly going off on a tangent that doesn't serve the card as it should.

What's in a picture is down to the individual reader but that's one of the things that makes Tarot a source of endless fascination for me. The reading will always say as much about the reader as it does about the querent, in fact often more. I have become good at slowly breaking the imagery apart and taking it down different avenues. I think it's a good idea, when first starting out with a new deck, to actually write a short picture analysis of each card before even cracking the reference book.

The other day I read an article from a reader about Russian Gypsy Tarot, which I'm not too crash hot at but have been slowly learning for a couple of years on and off. He suggested the book is not even necessary at all because the pictures are all self-explanatory. This I can't agree with and I think if I didn't commit myself to any structured learning about the deck at all I'd be sentencing querents to terrible, rambling readings full of second guesses. Knowing with certainty the meanings and the importance of each card in a deck makes me a better reader because I'm excited when I turn over a card that's perfect for the issue being addressed, I'm able to state which cards are the main players in a reading and I can easily make associations between cards.

What could make the querent feel they're in safer hands than the wide, white smile of a confident reader?

After all, that is what they're parting with their cash for - a bloody good story - and the illustrations for that story have to come from your knowledge bank and creative ability, not just the pretty pictures.