the problem with death 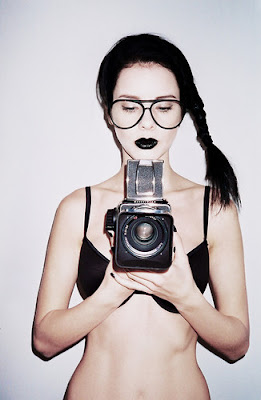 I've never written about the Tarot before but I suspect it's a good idea to get passed the death trap immediately. If you've seen one cheap'n'nasty Hammer Horror you've seen them all, (and fallen for their kitsch appeal, if you're anything like me) but contrary to the dictates of pop culture the death card is kosher. And in fact I'd go as far as saying it's covetable.

But Death is not a pleasant card. It's essentially about ripping through umbilical cords with your teeth. It can be about the intense freedom of elation and radical change but only if you allow it to be. No matter which side up it appears in a spread, I'd say it's always a warning card. It's giving you a chance to let go of the steering wheel (Fight Club style) because life is one big tail spin and inflexibility can really put a rain cloud over the picnic.

Death really speaks to me about the fact that electricity never dies, it just changes its job. It whispers about the dizzy poetry of energies in flux, opportunities never dreamed of, rebirth if you will. Depending on whereabouts in the spread it arrives, it can be a gargantuan sign post that's screaming incessantly,

'THERE'S SOMETHING TOTALLY UNEXPECTED AND ALARMINGLY FUCKING COOL AROUND THE NEXT CORNER!'

But of course it's your job to decide if you've got the balls to make that turn, or if you can really only see yourself continuing on the straight. Business as usual can seem weirdly appealing when you're terrified of change.

I find Death comes up a lot for querents with relationship issues: should I carry on like this? should I trust my partner? is this really what I want? It's also a staple for problems like body insecurity, spiritual crisis, unhappiness with a job or living space and -ironically- difficulties with bereavement.

The Death card is a double dare.

The rest is up to you.