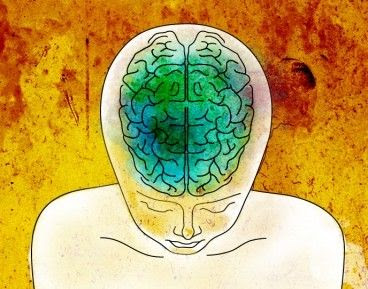 Lately, over on the youtube channel, I've been mentioning the negative influence of limiting beliefs on spiritual and personal development. We form beliefs to simplify and shape our reality, and many beliefs are not only necessary (fire will burn me so I should be careful around open flames) but also positive and useful (I have talents and I should actively nurture them). Identifying the beliefs which serve you is reasonably easy to do. They're the ones which make you feel free, empowered and positive. When life is going your way, these beliefs come to the fore, instilling self-worth and encouraging you to make decisions which enhance your life experience. Limiting beliefs are harder to focus on and battle against because they are so engrained in us and we often don't give ourselves the chance to rethink or identify the issues they're causing. Limiting beliefs are definitive and generalised. They tend to ignore the details and simply paint an entire situation in a negative, depressing colour. They often act as an emotional dead end, preventing us from allowing ourselves freedom of movement in the emotional realm. Examples of limiting beliefs could be:

These kinds of beliefs can have their roots in the truth of the matter, but they often keep us stuck in a negative cycle because they are disempowering. Limiting beliefs fail to serve our interests and prevent personal growth. Many of them were formed in childhood or passed on to us by our parents, so they're particularly hard to part with and difficult to recognise as thoughts which can be changed or challenged. One way to get in touch with your limiting beliefs is through analysing the judgements you make of other people. A limiting belief about sex could be hidden inside your regular judgements of women who have many sexual partners or are overt about their sexual activity. A limiting belief about money could be identified through your harsh judgements of people who flash their cash or have an obsession with designer brands. Another way to identify limiting thoughts is to make a conscious effort to explore the beliefs and thoughts which come up over and over again in your daily life. This involves the use of mindfulness. Live in the present by watching yourself act on your thoughts. Which thoughts can you identify as being preventative, depressing or counter-productive? How can you alter those beliefs consciously through reminding yourself that they do not serve you and do not come from a place of pure intention? Which beliefs are now old and should be discarded? Can you identify the source of those beliefs and let them go in a healthy manner?

Finding your limiting beliefs can be a long and arduous process but your quality of life improves as a result of identifying and actively combating them. Writing your limiting beliefs down and reading them out loud to yourself should elicit a strong emotional response because you are facing some of the core dark aspects of your personality. Once you've 'hugged' a limiting belief by appreciating its origin and understanding why you cling on to it, you can begin to turn it into a positive, expansive belief which you know will serve you and others.