love in the cross fire 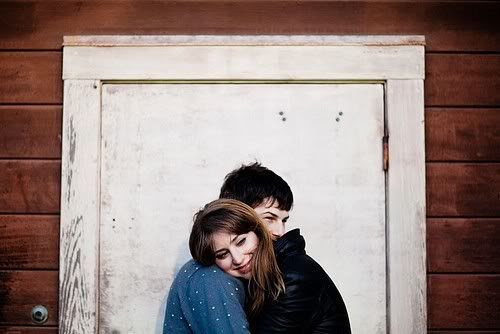 When a relationship begins to enter stormy waters, it can be tempting to dig your heels in and fight your corner. Resentment can be a little addictive and when we feel we're not being heard, sometimes we engage in habitual behaviours which prevent us from hearing anyone else. Funny how life works like that.. If you feel that a wedge has been driven between you and your partner, how can you open up the channels of communication without feeling that you're compromising too much? How can you get your voice heard whilst also allowing your partner enough room to express their thoughts? If the cause of the disagreement is passionately fought on either side, it may begin to overtake any desire to actually solve it and that's where things get mighty unproductive.

Firstly, before you do anything else, take a step back. My mum always says that anger is not a good platform from which to start giving someone a piece of your mind. It makes your tongue sharp and it clouds your judgement. Anger is a place from which one tends to attack the person rather than attacking the person's behaviour. There is a marked difference between these two forms of attack. One involves generalising and blanket statements which cause unnecessary pain. The other is more realistic, diplomatic and constructive. You don't have to be a genius to work out which is which. And after all, you must be able to think of plenty of reasons why you fell in love with this person in the first place, right? Are those reasons invalidated because you two are having a difference of opinion? Hell no.

Once you've made sure you're thinking clearly and able to put your feelings into words, do it. Don't mirror your partner's behaviour. If they rant and rave and don't allow you to get your point across, that doesn't mean you have to do the same thing. Be true to your own sense of what's right conduct. If your partner invalidates your perspective and denies you the right to express yourself even though you've been civil and calm, that's when you'll know you've at least tried and that the stalemate isn't your doing. From there, you'll know which course of action is right. Simply copying their responses and actions isn't going to help the situation. There are no good arguments, but the ones which end with a constructive consensus and an action plan for improvements are at least getting you towards a resolution. The ones which keep on burning without any hope of being extinguished are tied up in matters of ego and pride and they are a sure sign that something deeper is going on. If neither of you genuinely want to work through it, failing to communicate with civility is your way of knowing that for sure.

Be creative with your solutions. If this issue came up before and you tried to solve it, focus on what worked the last time and what failed. What felt good? When was there a level playing field between you and when did it become untenable? At what point did you feel invalidated or enraged? At what point did they feel those things? What haven't you tried yet? What can you both agree on, going forward? Maybe you argue about money. Maybe you argue about his friends, your friends, conflicting ambitions, your ideas of what the future will look like, a lack of support for each other or a bad habit that keeps coming between you. Maybe you just feel that you're growing apart and instead of facing up to how scared that makes you, you rip strips off each other instead and find that it creates a temporary feeling of power where underneath there's only a sense of incapability. Whatever it is, start working together to listen to each other and plan a day-to-day treatment programme for the relationship.

Test your sense of pride. Don't be stubborn. When you've reached a dead end, relent. Go back into the conversation when there's been a change of pace and some time to reflect. If you go in like a battering ram all the time then it's clearly become about winning rather than about resolving. When this happens, then you're arguing from a place of ego. Sometimes, defending your position is not as important as defending the connection you have with each other. If you can respect each other's opinions then you can give in sometimes and accept that you love each other despite your differing points of view. If it's reached a time where this kind of suggestion seems crazy, then you'll have to consider if something has fundamentally changed to the point of no return. That kind of realisation is really a question of individual perception, but eventually it's a realisation that will make sense in the long-term. Some relationships work out and some relationships don't. These are just some thoughts on what to do if you're not ready to give up.